A true farming legacy. The Secchiaroli Farm started in 1911 by Alessandro. His grandson Jonathan and his wife Hazel now own and operated the farm.

Jonathan Secchiaroli:
Waterford native and 4th generation pig farmer, Jonathan studied
animal science at the University of Connecticut.   In 2010, he
became the sole proprietor of the family owned agricultural/
recycling business that began in 1911.  His daily routines include
ensuring wellness of the animals, customer satisfaction, and
compliance with the United States Department of Agriculture.

Hazel Secchiaroli:
Hazel is a San Diego native who graduated with a degree in
Psychology at San Diego State University.   She developed a love
for pig farming after meeting Jonathan in 2000 and relocating to
Waterford.  In addition to supporting the family farm, Hazel has a
full time job in the pharmaceutical industry which has also
enabled her to further her education by pursuing her MBA.

Hazel has developed a passion for the local food movement and
involves herself by supporting local organizations whenever time
allows.

She is currently serving as board member on the
Northeast Pork Association.  In the summer, you can find Hazel at
the farmers markets in Waterford, Niantic or Old Saybrook. 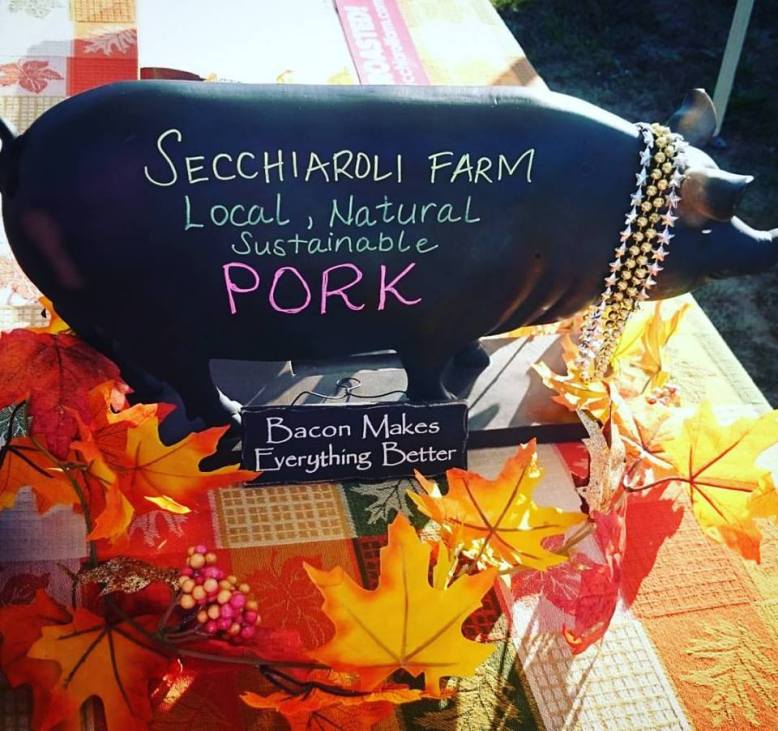